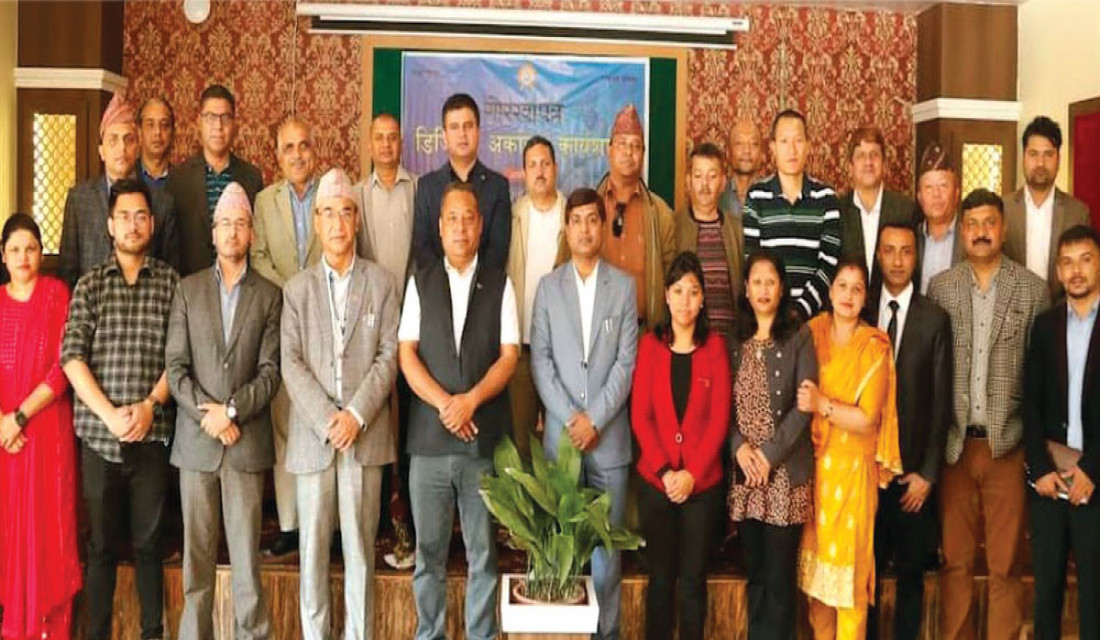 Despite a promising start, the online edition has not performed significantly better than the paper when compared to other similar newspapers and their associated online editions.

Growing issue of generation shift in politics takes back seat

Growing issue of generation shift in politics takes back seat Poems of Hope and Positivity: The Poetic Burden and Other Poems

Yet again, my analytical thinking wonders why such widely esteemed authors and poets contributed blurbs to the book then. I explore that, by publishing poems and articles on national and international platforms before the book's release, the poet had already established his repute as a poet and the writer at the pinnacle of literature.

The historic maritime agreement between Israel and Lebanon clearly demonstrates that when Israel's neighbors are willing to negotiate disputes in a genuine, pragmatic, and peaceful manner, solutions can be found that are mutually beneficial. By Indira AryalDisasters have become more disastrous in Nepal over the last few years owing to climate change. Rainfall, floods, landslides, droughts and heat waves have all increased in frequency and intensity, inflicting tragic casualties and burdening the economy.Due to its socioeconomic, geographical and political condition, and the impact of climate change, the country ranked one of the most vulnerable countries to the impact of climate change. From 2019 to 2021, landslides killed 567 people and other 106 have gone missing. The country bore the loss of over US$ 163 million during the period, the government data revealed. This year alone, landslides and floods claimed the lives of around 100 people, while some 50 people are missing. The country faces a range of extreme events: floods, droughts, landslides, avalanches, high and low temperatures, and glacier lake outburst floods, and over 80 per cent of its population is exposed to at least one of these hazards, experts claimed.To address the issue, the country has taken bold steps in terms of the formulation of legal frameworks and policies. Nepal is one of the countries which has strong laws and regulations to address the impact of climate change but the question is are the laws and regulations implemented as committed in the international forum?Being a signatory country to the various international conventions and agreements, Nepal also formulated various laws, policies and regulations including the National Climate Change Policy in 2019 and the Second Nationally Determined Contribution in 2020. According to research done by Prakriti Resources Centre (PRC), Nepal’s existing climate change policies and programmes, particularly those dealing with climate change vulnerability and impacts are of great concern to many stakeholders for their proper prioritization and implementation.According to Raju Pandit Chhetri, Executive Director of PRC and author of the research 'Strengthening National Strategies for Financing Adaptation in Nepal' , the country has enough laws and policies to address the cross-cutting issues but already lacks adequate financial resources to address climate change adaptation. Every year more resources are being used from the national budget to handle the increasing climate-induced disasters. Climate-vulnerable people and communities need urgent support to adapt to the impacts of climate change. For Nepal, mobilizing and accessing international finance is key to implementing its national climate change policy, Nationally Determined Contributions and National Adaptation Plan priorities. Without international finance, it will be difficult for Nepal to deliver on its commitments made under the Paris Agreement, Chhetri said. A total of 609 climate-related projects were committed to Nepal in the period 2013-2017. The total climate commitments amounted to 1.92 billion USD, of which 643 million USD was committed in 2017. Even though it is difficult to bring the exact figure of loss and damage, the aggregate economic costs have been increasing over the years. According to Nepal Climate Change Financing Framework (CCFF) prepared by the government, increased variability and more extreme climatic events contribute to a loss of 23 per cent of GDP per year in the water management and agricultural sectors, with much higher losses sustained in extreme years. In monetary terms, the average loss has already nearly doubled from Rs. 1.2 billion per year between 1983 and 2005, to Rs. 2.2 billion between 2010 and 2016. Cumulatively, Rs. 28 billion in losses was recorded between 1983 and 2005, increasing to Rs. 16.8 billion in just seven years between 2010 and 2016. Loss due to floods alone was estimated to be about NRs. 15.5 billion, whereas that was due to landslides was over Rs. 1 billion in that period, CCFF said. With the adoption of the Paris Agreement in 2015, Nepal has raised its climate ambitions to implement low-carbon climate-resilient development pathways. At the event at the United Nations Framework Convention on Climate Change (UNFCCC) 26th Conference of Parties (COP 26) meeting, the Government of Nepal announced its world-leading commitment to remain cumulatively ‘net zero carbon’ from 2022-2045 and halt deforestation and increase forest cover to 45 per cent by 2030 and ensure all vulnerable people are protected from climate change by 2030.Multilateral Development Banks (MDBs -- the World Bank (WB), the Asian Development Bank (ADB) and the European Investment Bank (EIB) are the country’s three largest climate finance providers. The contribution of WB, ADB and EIB to Nepal’s total climate-related finance flow during the period of 2010 to 2016 was about 33 per cent, 29 per cent and 11 per cent respectively.The World Bank’s recent report said mountains are warming faster than the plains, triggering the melting of ice and permafrost and an increase in the risk of landslides. Incidents of dry spells, droughts, forest fires, heat waves, flash floods, and disease outbreaks are increasing along with slow-onset risk. This also shows that Nepal is one of the most vulnerable to climate change as it has a lot of mountains, which are coping with the glacier melting problem in recent years.To compensate for the loss and damage due to climate change, increasing adaptation investments is a priority for the country. Unless more ambitious actions are taken with higher impacts on adoption, climate change will continue to affect all sectors to a greater degree, undermining future development and the gains already achieved to date, Chhetri lamented.According to PRC report, Nepal has had decades of experience in accessing and mobilizing development finance; however, adaptation finance is relatively at an early stage. Many challenges remain to be explored and addressed; however, for Nepal, opportunities also lay ahead in mobilizing development finance for strategic and scaled-up investment in climate adaptation. The government and development partners will have to work in harmony to address the interests of both parties.

Rise of right wing in India and Sino-Indian relations

Harmonious coexistence and cooperation between China and India not only concerns the future and well-being of two-fifths of the world's population, but also is of great significance to Asia and the whole world. Many consumers of these global fashion brands are aloof from the dreadful implication of such industries upon human rights (particularly labor rights) and the environment.

I believe the Nepali government and people will continue to abide by the one-China principle, adhere to the correct position of safeguarding each other's sovereignty and territorial integrity. Among various dimensions of the public sphere, public transport is the most hazardous in terms of safety concerning women with visual disabilities. 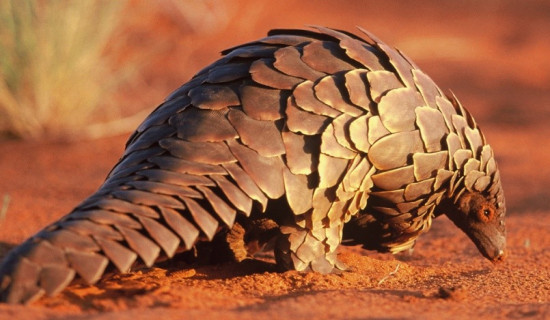 Distribution, threat and conservation efforts of pangolin in Nepal

Due to excessive exploitation, hunting and poaching, the estimated future decline in the Indian pangolin population is 50% over three generations (2019-2043). 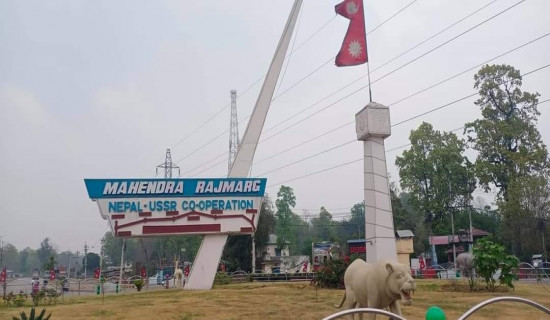 Role of Russian assistance in development of Nepal

In addition to the devotement of high skilled human resources in Nepal, the Soviet Union provided significant development assistance to Nepal in the establishment of fundamental infrastructure in the agriculture, industry, and transportation sectors.